I remember L.A. traffic very vividly.  In your car, inching along the 10, not letting the guy who wants to cut in front of you into the space because he didn’t plan ahead….the people who stick their arms out the window to signal a sense of panic that they “really” need to get into the lane they are trying to merge in…merging onto the 405 and hoping like hell you can make the Santa Monica Street exit?  Sound familiar?

All I have to say is this…at least there are lanes on the freeway and for the most part, people stay in them.  In Hanoi….it’s utter chaos!  L.A. drivers wouldn’t have a chance here!  It would be road rage central!  Look how close that motorbike on the right is to the taxi! If that were your BMW or Mercedes, would you not freak out?

I think it would be hilarious to begin a reality TV show of rush hour commuters swapping modes of transport and  cities to see who survives the best and which people are truly the best drivers in the world. Hmmm…thoughts? 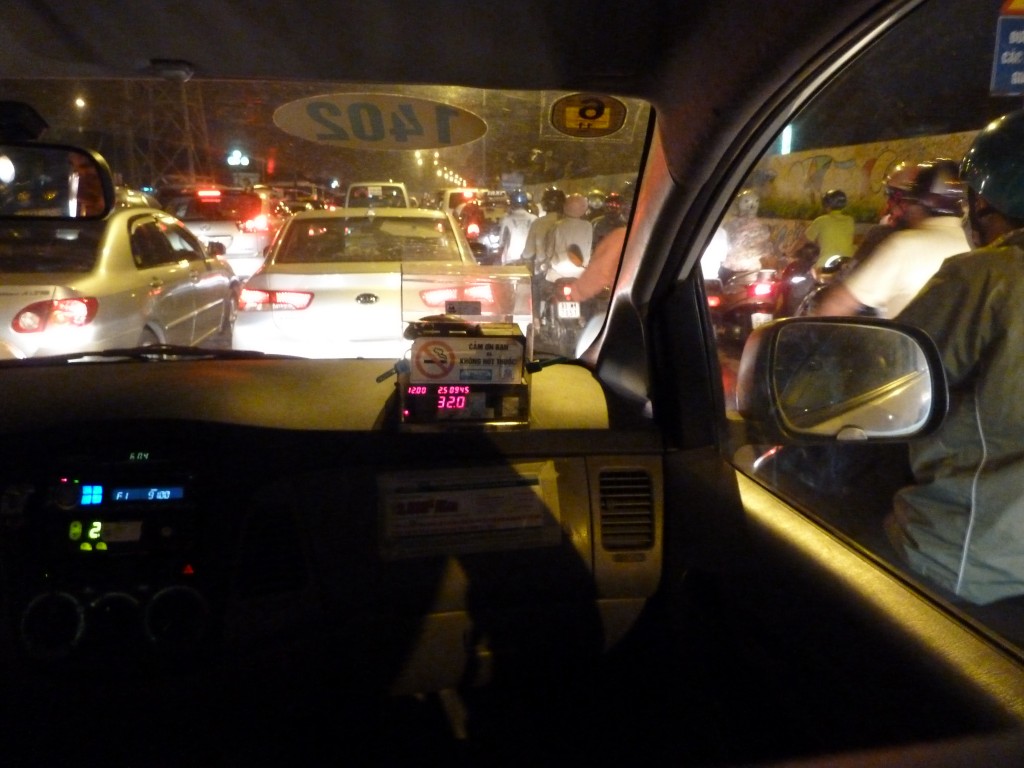 « Tropical Rains
Happy Birthday Hanoi (for what it’s worth) »