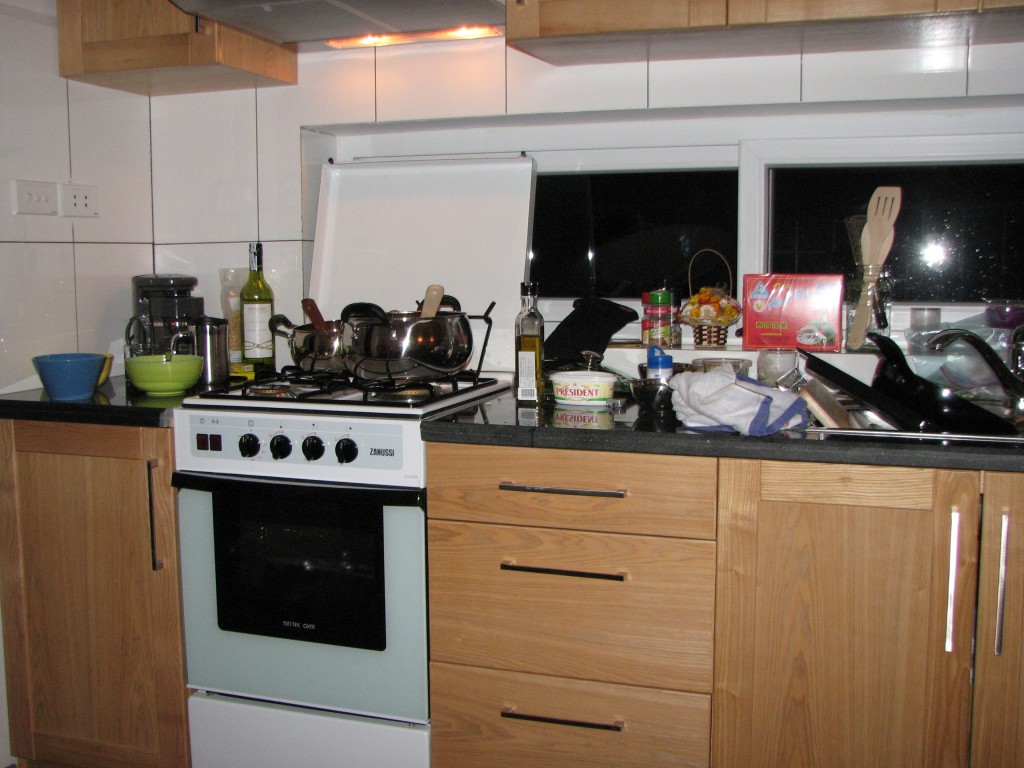 Evidence of a home cooked meal

Guys, listen up: If you cook for her, she thinks you like her.  If you are not sure about her then don’t go to her house and cook her dinner!!!  Keep all dates in a neutral zone so you don’t give the wrong impression!!!  Don’t be a jerk!!!

Wonder why I am a bit cynical about my love life?  Why I just don’t care so much anymore about finding my dude?  Why Project Shanna 2009 is no further along in the month of September than it was in January?  I’ll tell ya…because even all the way over here in Vietnam it’s the same.  Same scenarios, same stories, same games and same nonsense.  I am 39 years old and I have had my fair share of dating experience.  And frankly, I’m tired.  I don’t want to have to worry about whether I played it well, or am too eager to move forward or any of that nonsense.  Straight forward, no bullshit, please.  If you like me, tell me.  If you want to see me again, make plans.  If you have something to say, positive or negative, just say it.  I’m a super cool girl and I am really not that complicated.  If you lead me on to think that you are into me, don’t be surprised when I respond to your actions, words and intimacy.  Don’t run the other direction after I’ve taken the bait.  That’s not cool and I do not deserve that.

As if you couldn’t tell…there was a romantic blip on the screen, folks. It had lots of potential, or so I thought, but it quickly fizzled.  “It’s not you it’s me” was the general tune.  Yawn. Snor. Without a doubt, I am simply not interested in “hanging out.”  I don’t want a casual relationship.  I don’t need a !!!! buddy.  I want a boyfriend. I want to become a “we” (not now, not tomorrow, not next week even…at its own pace). I want to have a hell of a good time together.  Is that really too much to ask?  Is it?