UPDATE #4: A new water heater has been put in.  I was told that the only way to hold the damn thing up was to hang it by the “cables” and “wire” in the the manner you see in the photos.  It had to be done this way because I’m on the top floor and they can’t secure it to the cement wall???  OK?

Today I came home to see how they repaired the roof.  Essentially, they just slapped A LOT of plaster over the bad patchwork they did last week.  And tomorrow they will paint.  And then it’s a done deal.

I just hope when that thing snaps, I’m not in the shower! 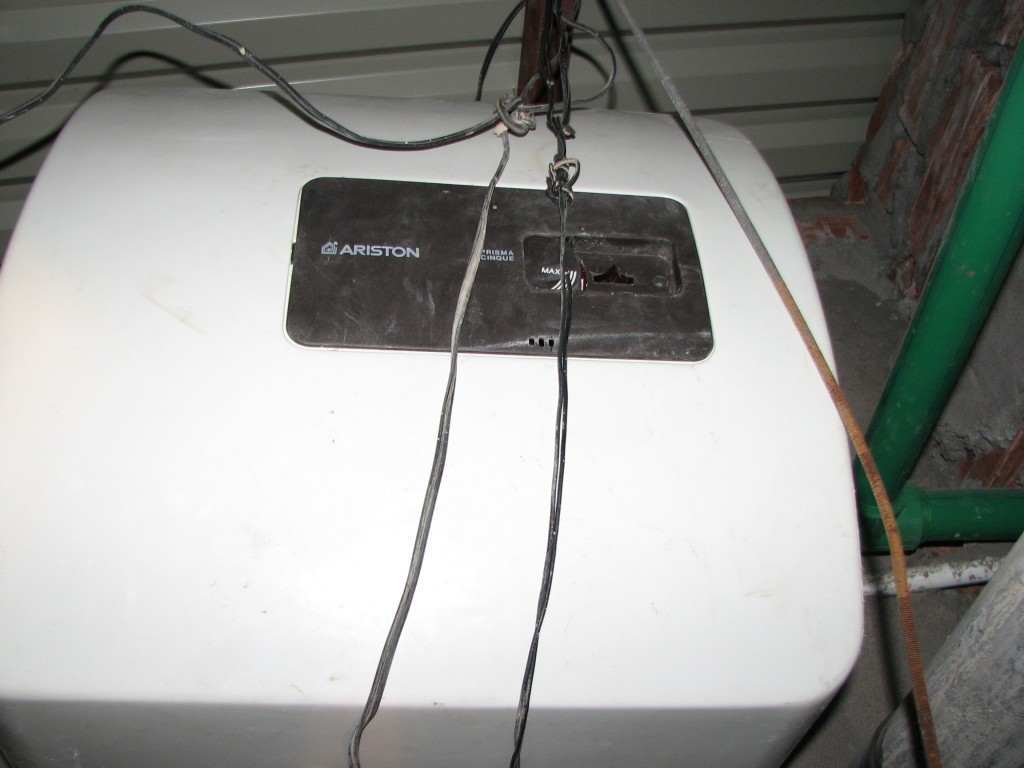 UPDATE #3: Oh, I forgot to mention that I now get only 4 minutes of hot water.  Yeah.  That’s just not going to work…

UPDATE #2:  Not only is the roof a mess, but my bathroom has a sweaty smell to it that is reminding me of the Seinfeld episode where he gets a smelly car back from the valet…remember that one?  Yea, not so funny when that’s what your bathroom (the one next to your bedroom) smells like!

UPDATE:  Round one of “Let’s fix the heater” is finished.  This is the condition the heater and the roof was left in.  The manager will come by my apartment tomorrow morning (or so he says) at 9am.  Let’s see what happens next.  I’m all for adventure, but this is not the fun kind, ne? 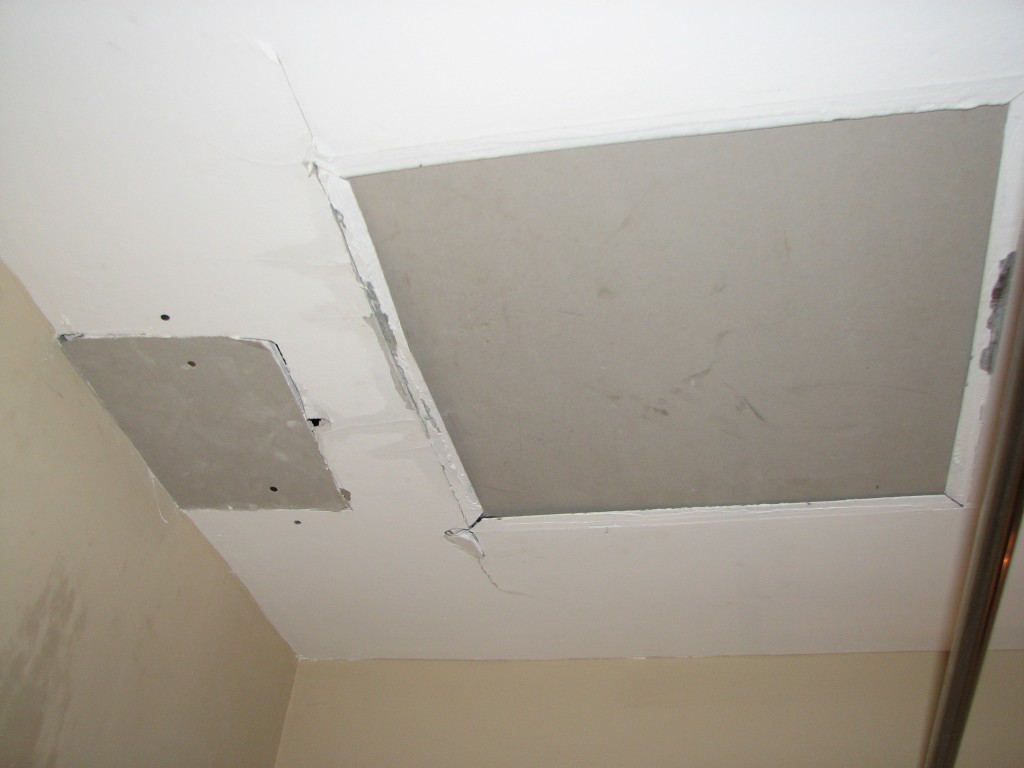 So….I’ve been working from home during Tet and at about 1pm, thought I would take a quick stroll around the neighborhood to see what people were up to and to see if the little market had opened yet.

Did see much of the neighbors, but scored with the market!  Yes!  The couple who runs it are super nice people.

I came home, put down by bag of goods, went into my room to put away my purse and noticed white little rocks on the floor, coming from the bathroom…and then all over the bathroom.  And then I looked up and saw the heater coming out of the roof. 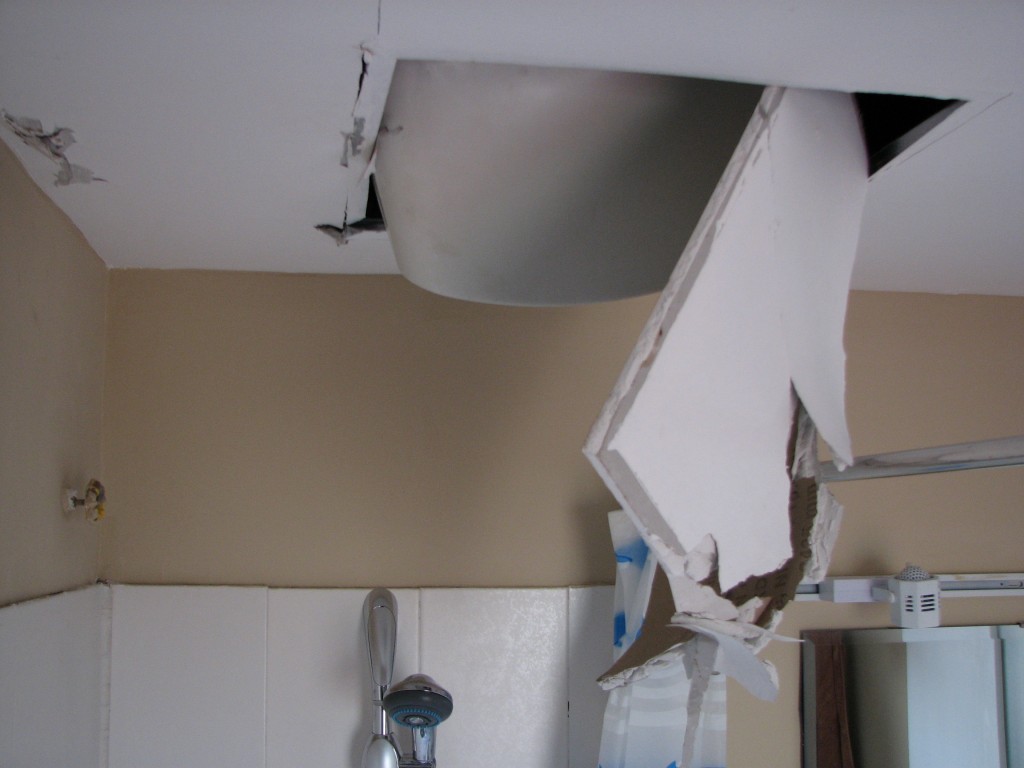 What the hell happened?  The water heater just fell down?  It didn’t burst because there is no water spouting out.  It just looks like it tried to escape out the roof panel but got stuck!  Yikes!

I’ve called the manager and sent him a photo from my phone.  I’m waiting for someone to come fix it.  Thank goodness I wasn’t IN the shower when this happened!  Holy crap!  I don’t even want to go anywhere near this thing, and I’m usually pretty good at fixing stuff!

I hope he/they/someone can come soon…..