It’s been probably about 20 years since I’ve been to a Chargers game. I remember very few specifics. Chargers played the Chiefs. I was surprised to find that one of my friends from junior high was a Charger Girl. Given the age of the cheerleaders, I’m guessing it had to be about 20 years ago. And yes, that makes me feel really, really old.

I was excited for the game yesterday. I was attending with a fabulous business group called WISE – Women in Sports and Events – a group which is emerging in San Diego. It’s a national organization and after seeing their success in Los Angeles, I am eager to be a part of the formation in San Diego. As the board member who is serving to do marketing for the group, I’ll be mentioning the events and programs we produce often. 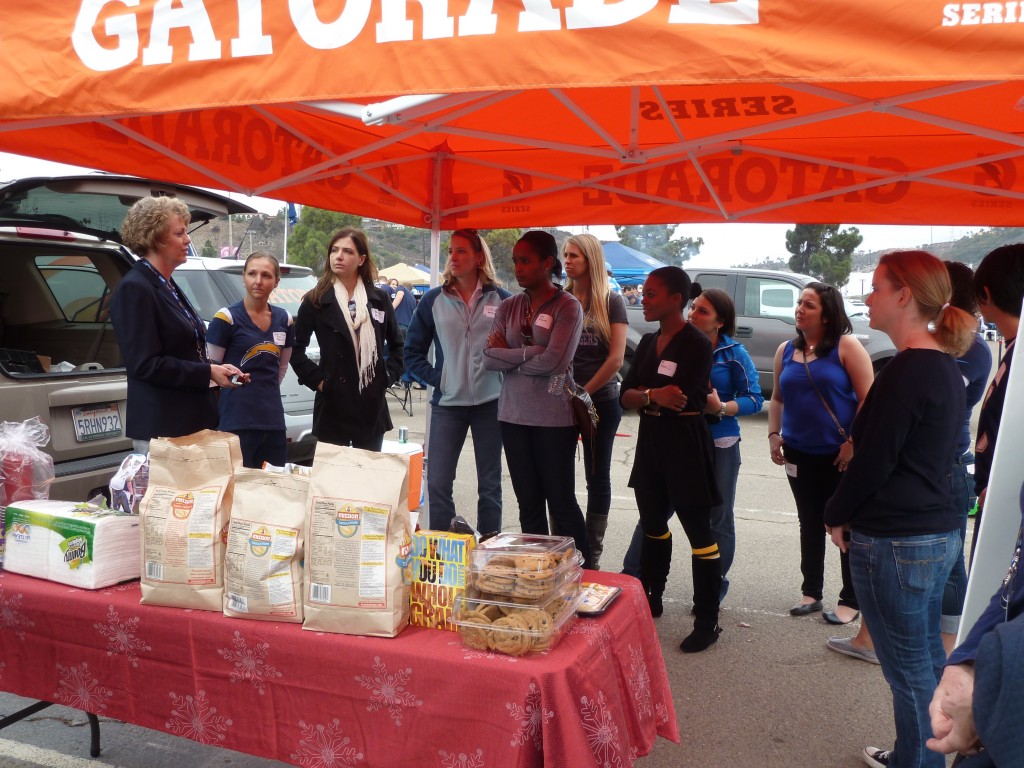 So it was with WISE that I found myself tailgating before the game. With one of our board members an employee with the Chargers, we had a great set-up for the day. We even had the chance to meet Chargers Executive VP and CFO, Jeanne Bonk (far left in photo above). It was nice to get better acquainted with the gals and enjoy pre-game festivities.

Once inside, we took our seats up in the view section, behind the endzone, opposite the big scoreboard. As we sat down, I took in the view and the atmosphere and realized just how many Bengals fans were in the stadium, and how many empty seats there were. 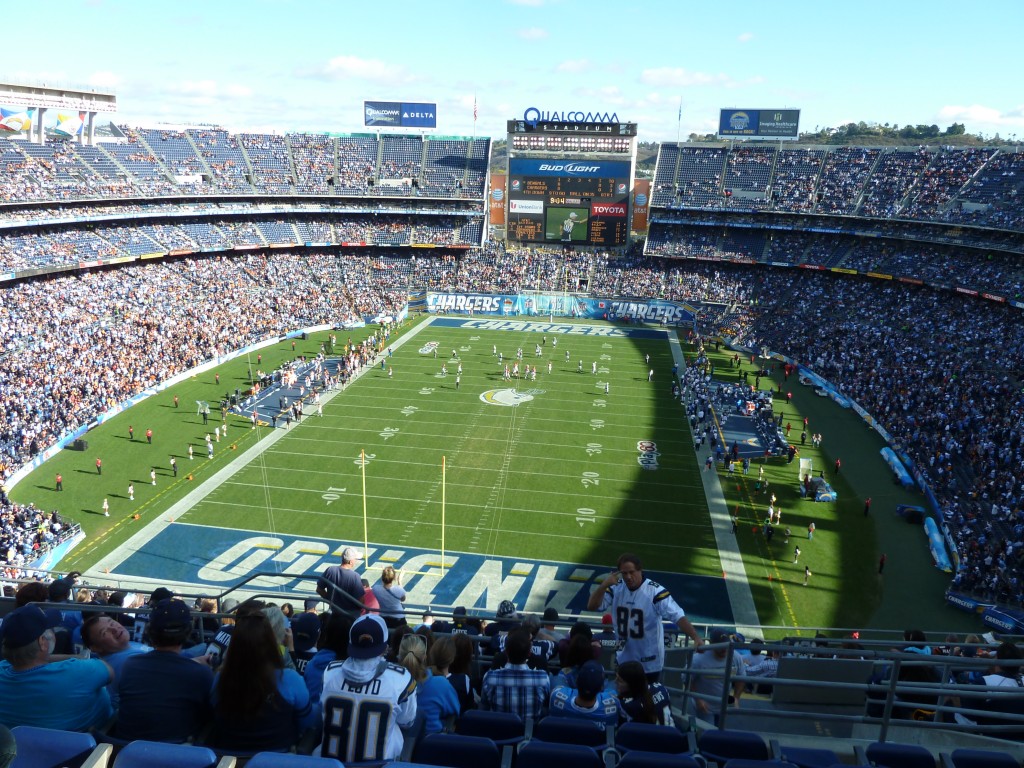 Another thing that surprised me is how few players and personnel are actually on the sidelines. On camera, it looks to be full. But from above, you can see that the roster is not all that deep. And we could see Norv, with his complacent stance and slow steps up and down the field. There is nothing inspiring about that man.

The game was the game – nothing overly exciting happened, as you know. We enjoyed watching the defense score and the kicker score, but Rivers and his offense went scoreless for this match-up.

Of all the things that happened during the game, the event which stuck with me the most happened in the stands. Right about the start of the 4th quarter and three sections over from us, a fight broke out and a bunch of people jumped to their feet. The event staff and police arrived on the scene. It took them several minutes to calm everyone down. And it seemed they cleared up the issue. However, about five minutes after the police and event staff left, the two men went at it again. And then even more event staff and police showed up.

At the moment this happened, a group of small boys, probably 5-7 years old, were escorted out by the three or so dads who brought them to the game. All the little boys were decked out in their Charges gear and they all held hands as they went down the stairs and exited. I’m sure they were confused and upset they had to leave. But the fathers made the right choice. The scene unfolding was pretty nasty. I know those men/families paid a lot of money for those little tykes to watch the game. It was such a shame that the fathers were forced to end their outing early because some jerks in the “cheap” seats couldn’t control themselves.  I wish we had seen the event staff escort this precious group of boys to another section – there were certainly plenty of open seats!

The drunks who started the commotion were eventually escorted out in handcuffs (which should have been done at the first altercation). That’s all good and well, but I do wonder what those dads told their little boys. And I am sad that what was probably their first Chargers experience is tainted with violence and drunken idiots. I get so frustrated when I see situations like this.

Have you experienced a Chargers game this season? How did you enjoy game-day?